Supported by the Artis Grant Program & The Ashdod Museum of Art

Dana Levy’s video This Was Home is comprised of three screens, which present three generations of the artist’s family. On one screen her maternal grandfather, Karl Ribstein, another shows her father, Yossi Levy, and the third presents the artist herself. Levy documented each of these protagonists on a journey back to their childhood city and to the home where they grew up, which they had not revisited since having to leave it in their childhood. Levy’s grandfather returns to Sosnowiec, Poland, from where he was sent in the 1940s to Auschwitz concentration camp; her father returns to his hometown Cairo, Egypt, from which he was uprooted in the 1950s when his family immigrated to Israel, where they lived in a ma’abara (immigrant camp) in Haifa; and Levy herself returns to her childhood home in Atlanta, Georgia, which she had to leave on her family’s return from the United States to Tel Aviv, her birthplace. The depiction of three generations emphasizes the differences between their personal stories, related to different times and places. At the same time, however, presented side by side they turn into a multi-generational journey of identity, each becoming a chapter in the age-old history of Jewish wanderings.

The work starts with a documentation of the family when they first arrived in the United States during Dana Levy’s early childhood. The footage was taken from a report by the famous American news program TV program 60 Minutes on the phenomenon of emigration from Israel, which focused on the Levy family as a test case. The host, Mike Wallace, starts by describing the wave of Israeli immigration to the States as yet another stage in a history which started in the Exodus from Egypt and continued with the Exodus from Europe after World War II. This dramatic, pathos-filled declaration charges Levy’s work with irony and humor while emphasizing its overarching narrative of hereditary restless migration.

A discussion about the work at The institute of Jewish Creativity in Los Angeles with Rotem Rozental, Chief Curator and Assistant Dean of the Whizin Center, 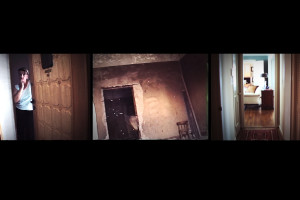 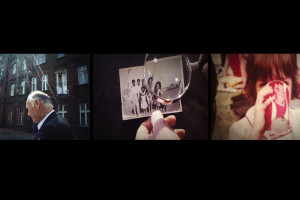 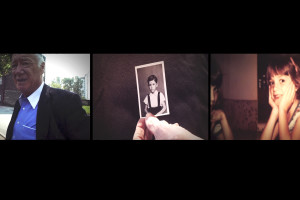 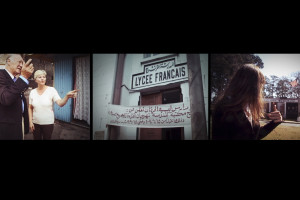 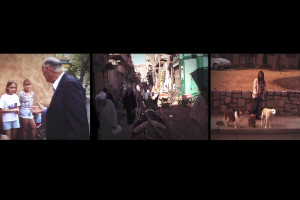 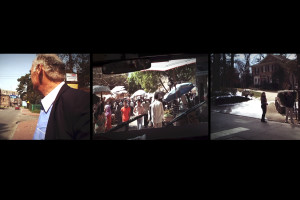