The title, Silent Among Us, reflects how in Israeli culture, death, history, and the past are very much alive in the present, in the same way as the dead birds stand in silence among the living ones. These silent standing histories are needed to justify the very existence of the country.

By Berta Sichel, Curator: Silent Among Us was shot at Beit Sturman Museum, a small Israeli natural history museum, with a less theatrical approach. It shows galleries full of vitrines filled with taxidermy birds and animals. A large flock of doves – the universal sign for peace – flies over the displays; birds land atop cases and shelves, and on the blades of a ceiling fan, causing it to sway, and traverse by their very presence the fine line between the inanimate and the animate. It ends with a view of the doves flying in front of a case of taxidermy raptors, birds of prey which, if alive, would surely devour them. Beautiful and odd, her image sequences suggest deep social, historical and political subtexts which, scene after scene, develop an historical identity by creating a second version of nature; they are “composed of images which do not merely reflect the values consciously intended by their makers,” but unquestionably inspire their beholders. 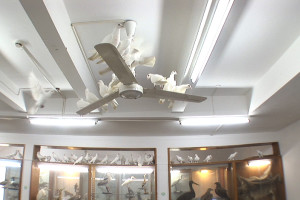 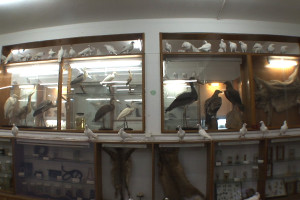 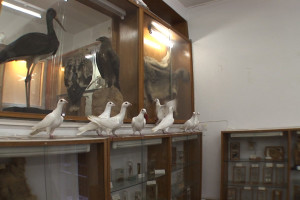 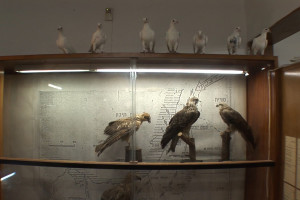 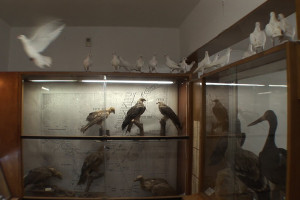 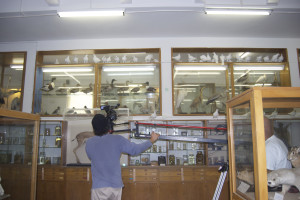