Online live streaming surveillance cameras footage were the raw material for the creation of Last Man. During the lockdown imposed on much of world following the outbreak of the Covid-19 in recent months, New York-based Dana Levy followed security cameras from around the world, which livestream from key hotspots that at one time were crowded centers: city centers, airports, beaches, universities, restaurants and zoos – here almost no humans are present. While the world was at a pause, these cameras continued to film and stream 24 hours a day offering a relatively objective glimpse of reality (rather than through the media and news coverage). The footage is mixed with footage and soundtracks from the 1960s sci fi films “The Last Man on Earth” a science fiction vampire movie, depicting a man left alone in the world following an epidemic that turned most humans into dangerous vampires . The empty world in which the protagonist wanders, the raging epidemic (which ironically originates in the film is from bats), the fear of seemingly healthy and sociable people, and inability to distinguish between those “infected” and those not, have become an absurd reflection of our life experience in recent months.

The result is an eerie film, where reality and science fiction are interchangeable. 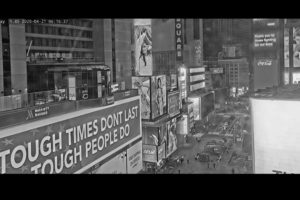 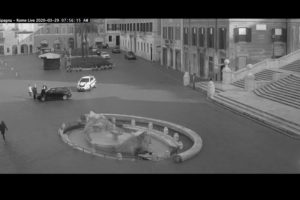 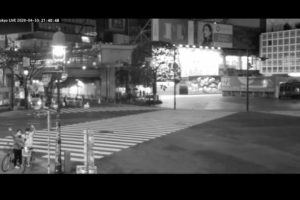 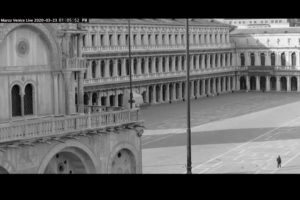