A Ghost From The Future 2014 - 2021
Intrusions – A Ghost From The Future
Plexiglass print, flatscreen 32″ Monitor, Single channel HD Video
2014 – 2019
This work explores architectural space through time.
This work includes 32″ flat screen monitor with a matte frame and 4 found vintage prints mounted on to the monitor. The prints are from the 1920’s and are of private rooms in the Wave Hill estate in the Bronx NY. The  video playing on the monitor can be seen through the old prints. In this video the artist appears like a ghost from the future, walking in the same rooms as in the vintage photos, almost a century later, as if intruding into the 1920s photos.
The rooms were once private rooms inhabited by the likes of Mark Twain, Arturo Toscanini, and Bashford Dean’s private armor collection that was later donated to the Metropolitan Museum Of Art. In the photos these rooms are full of furniture and private belongings, but in the video shot in 2014,  the rooms are empty public spaces, the only things that haven’t changed a century later are the walls, windows and fireplaces.
The work was initiated during the Wave Hill winter workspace residency in 2014.
The soundtrack is from Alfred Hitchcock’s Rebecca (1940) by Franz Waxman, with The Royal Scottish National Orchestra. The house in the film Rebecca resembles Wave Hill, Both mansions are located on a cliff. In Rebecca the housekeeper guides a new wife through the rooms of the mansion adding details about the former wife who mysteriously died.
Please follow and like us: 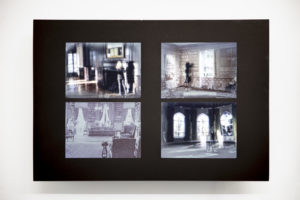 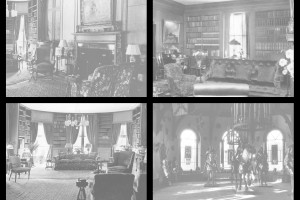 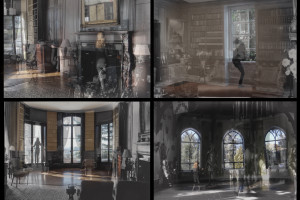 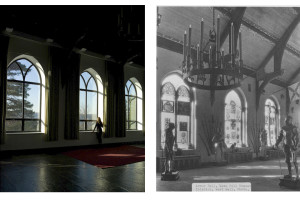 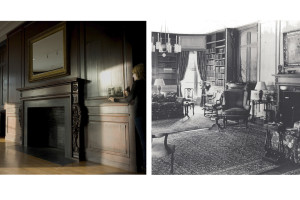 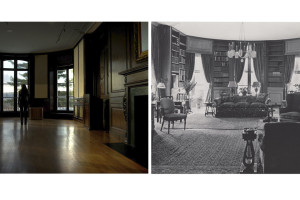 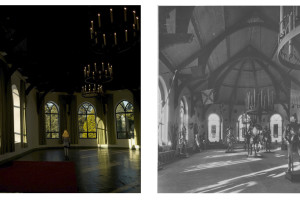