In this work I present a grid of 77 antique magic lantern slides from the late 19th century- early 20th century that are mounted on a 50″ flat screen tv. The slides are illuminated by video footage of flashes of lightning. Photographic lantern slides took off in the late 19th century as a popular form of entertainment and education. These large format slides cannot be seen unless they are back lit. I chose to illuminate them with footage of lightning to make them appear momentarily before they become dark again. Like a passing memory that appears for an instant in the present. The lighting also connects the technological with the natural.
I examine the bridge between the magic lantern slide and the LED tv, the images show the cultures and landscapes that have collapsed as a result of this technological progress. I bring to the surface a buried history. An awaking from colonial amnesia, revealing what the world was like at the turning point of the 2nd industrial revolution. 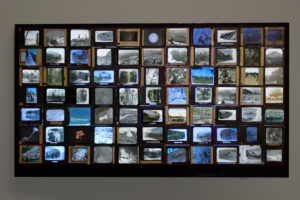 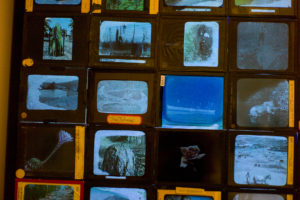 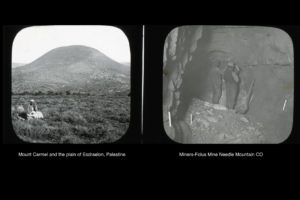 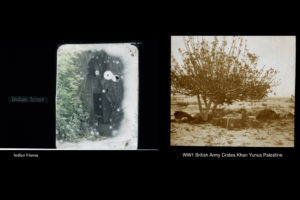 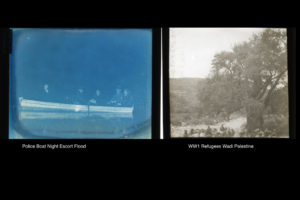 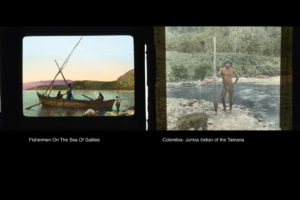 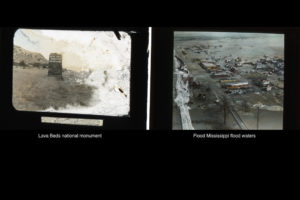 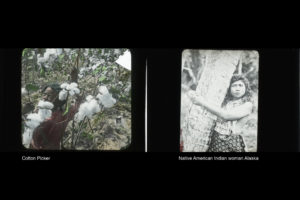