Two cheerful Palestinian children, living in the Jenin refugee camp, give me a guided tour of the remains of their home, which they claim was destroyed by Israeli army a few weeks earlier during  “Operation Defensive Shield”.  The boy is holding a toy bulldozer in one hand, and a poster of a suicide martyr in the other. Although the children are describing a tragedy, they seem cheerful and happy as they pose for the camera. Only when the old man appears watching the bulldozer outside his door, the magnitude of the tragedy becomes clear. 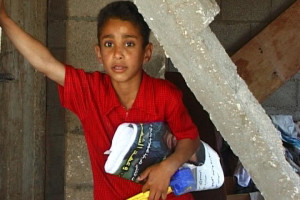 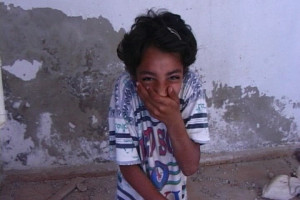 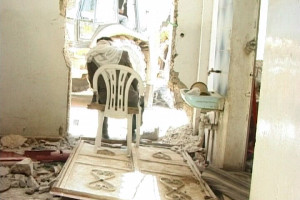 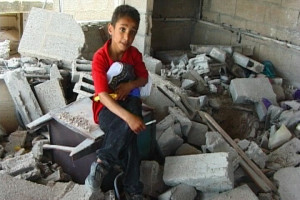