Visions of Home, from Dream Memories to Trump Country

The screen of Dana Levy’s four-minute video, Intrusions — A Ghost From The Future (2014-19), is divided into a two-by-two grid; in each of the four cells, the artist has superimposed images of herself moving about the rooms of Wave Hill (the Bronx mansion and artists’ residency) onto vintage photographs taken of the same rooms in the 1920s, while Franz Waxman’s score from Alfred Hitchcock’s Rebecca (1940) plays on the soundtrack.

The music is interrupted only by the voice of the actress Judith Anderson, who plays the creepy housekeeper Mrs. Danvers in the film, at the moment she shows Joan Fontaine, the new bride of Lawrence Olivier’s Maxim de Winter, the bedroom belonging to Rebecca, the previous Mrs. de Winter, now deceased.
It’s the simplest of tricks for Levy to fade in and out of the interiors like an errant spirit, but it’s also an effective means of animating the history of any room whose intimacies you’ve shared with unmet, long departed strangers. 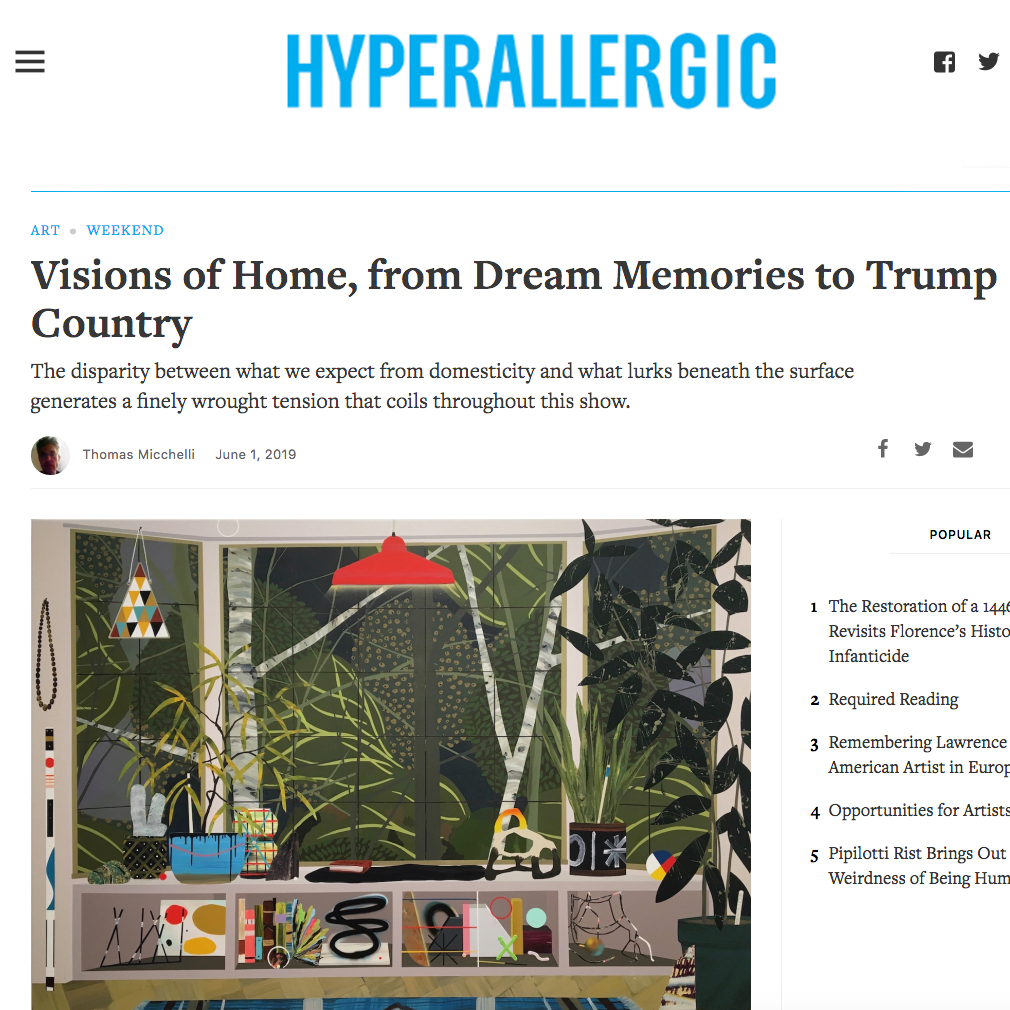